Open competition for the urban transformation of Hakaneimenranta canal. The project focused on articulating urban transformations that maximise great outdoor areas, new development with high quality living environments as well as playfulness and inclusivity for the inhabitants. We developed our thinking around performative urban catalysts.

The innovative quarter is the urban form making the articulation between workers, city dwellers, and visitors articulated around two main buildings, one public/cultural institution and a second laboratory oriented toward innovation and production, the Innovative quarter brings together, living, working, learning, making and meeting.

One man’s trash, another man’s treasure

The transformation of the existing bridge into a pedestrian hall allows for new programs to emerge. It also performs as a connector (pedestrians + cyclists), a water collector, solar energy maker, and a unique place for exhibitions, food sharing, lectures, and more.

The future line of the tramway will help transform Hakaneimenranta making it a place open for outdoor public programs. In this case what better than a series of public water baths!

Achieving density without biting from the city, the residential peninsula is a hybrid urban typology offering a good compromise, and climate adaptability.

Floating city
Following the idea of sustainable, off grid urban settlement, the floating city explores the potential of bringing together public, collective and private spheres to offer a innovative path toward future possibilities for Helsinki’s urbanism.

At the meeting point between Helsinki’s green and blue corridors. Hakaneimenranta should play an important role in terms of ecology and leisure. By connecting Helsinki’s green necklace with the marine landscape one can foster ecological continuity, diversity & sustainability. This also can provide unique recreational activities within the city.

Establish a new dialogue between the city’s different districts. Hakaneimenranta marks the edge of the historical city. Successive periods of urbanisation transformed the agricultural islands into an urban archipelago. This was amplified in 1961 when the bridge was built and became theprincipal connector to the city centre. Today the project for a new bridge raises an opportunity to democratize this link from car infrastructure to pedestrian infrastructure.

One man’s trash, another man’s treasure -

A strategy to recycle a car based infrastructure into a unique multifunctional public space. Imagine a public space connecting neighbourhoods, pedestrians and bicycle friendly paths with a view and unlimited possibilities...

Diversity is the key -

Transport hub should mean a mix of programs. Hakaneimenranta hub is going to become increasingly important as urbanisation continues in the north east, and

the new island tram lines are developed. It is important that it gains an identity as a place that not only connects the city, but also invites the city to stay and enjoy its culture. There is an opportunity to welcome new residents as well as host work places and unique public ammenities (cultural,historical, educational). Hakaneimenranta is the future of how inhabitants will live in Helsinki, it should ensure a rich diversity making it a place for people rather than a place for transit.

From motorway to urban boulevard -

Sörnäisten rantatie as a tool for urbanisation and active ground floors.“In the future, the most obvious opportunities for expanding the city centre are alongside the motorway-like routes in the outer suburbs. New housing, business premises, parks, trams and other services for citizens will be built along them transforming the routes into new boulevards and urban streets.”

Jury: "The design of the water and beach areas in the contribution is exceptional. The beachfront is undoubtedly very lively. Overall it is a playfully presented proposal with many unpredictable thoughtful and thought-provoking ideas!" 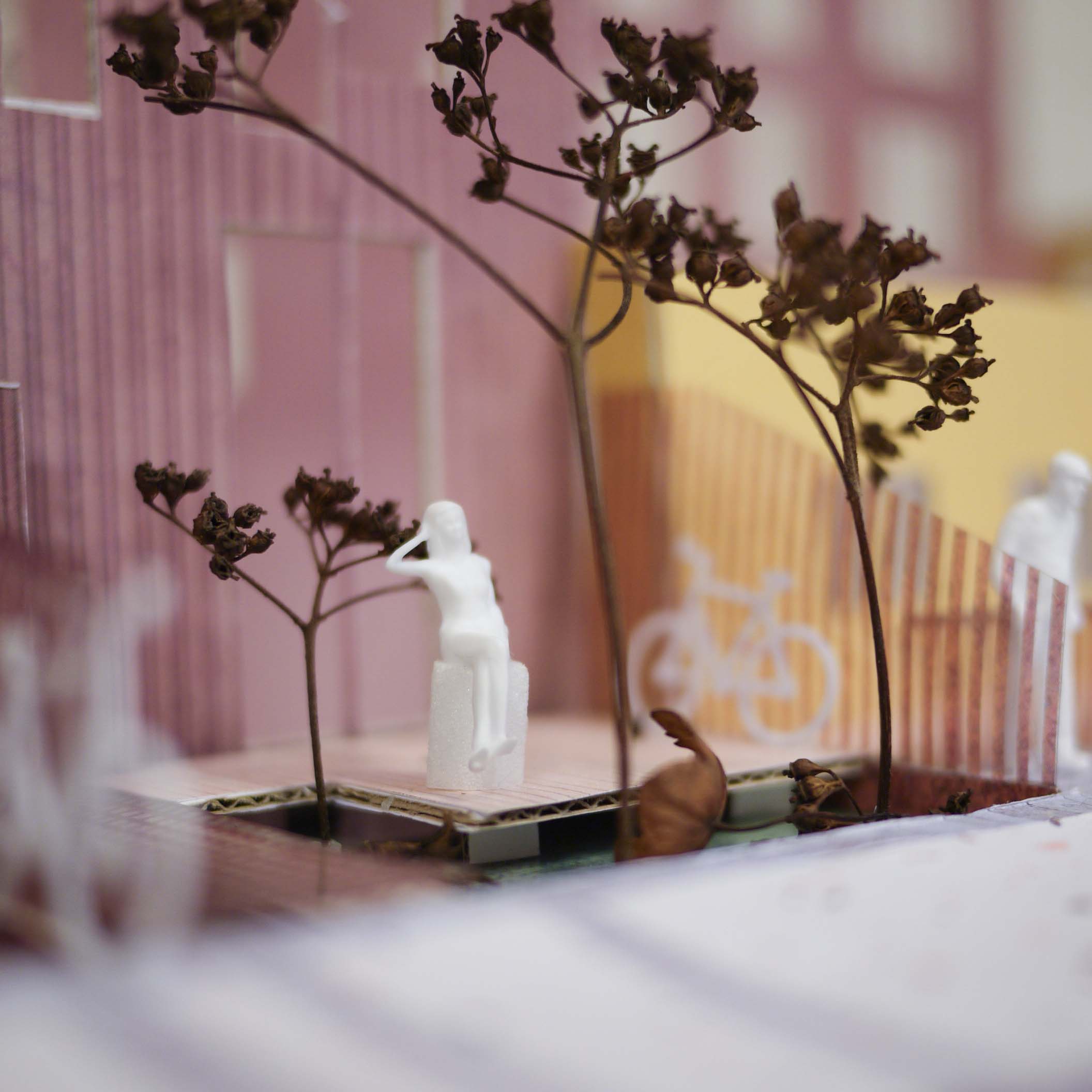 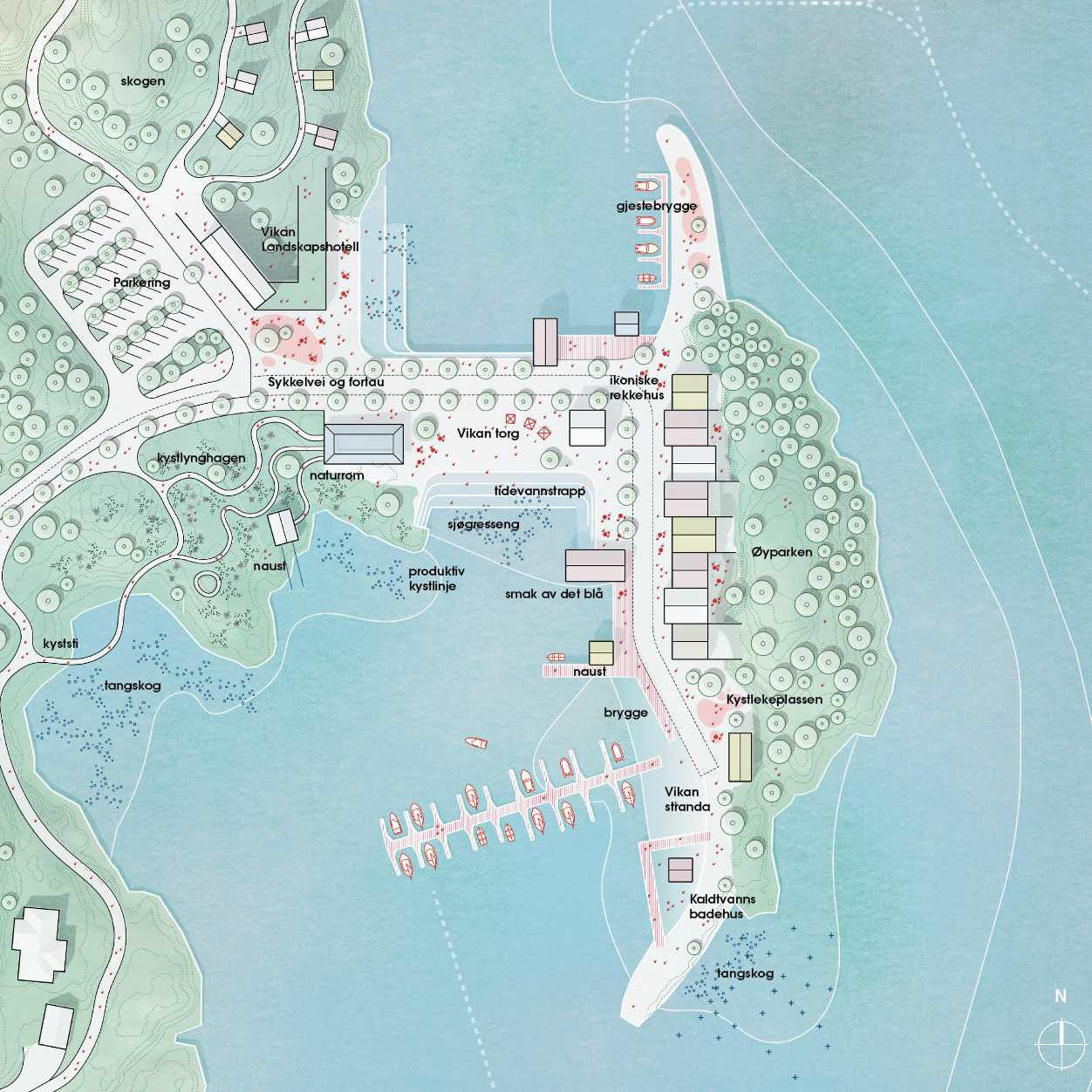 Coastal village of the future #fillanhavetshjerte 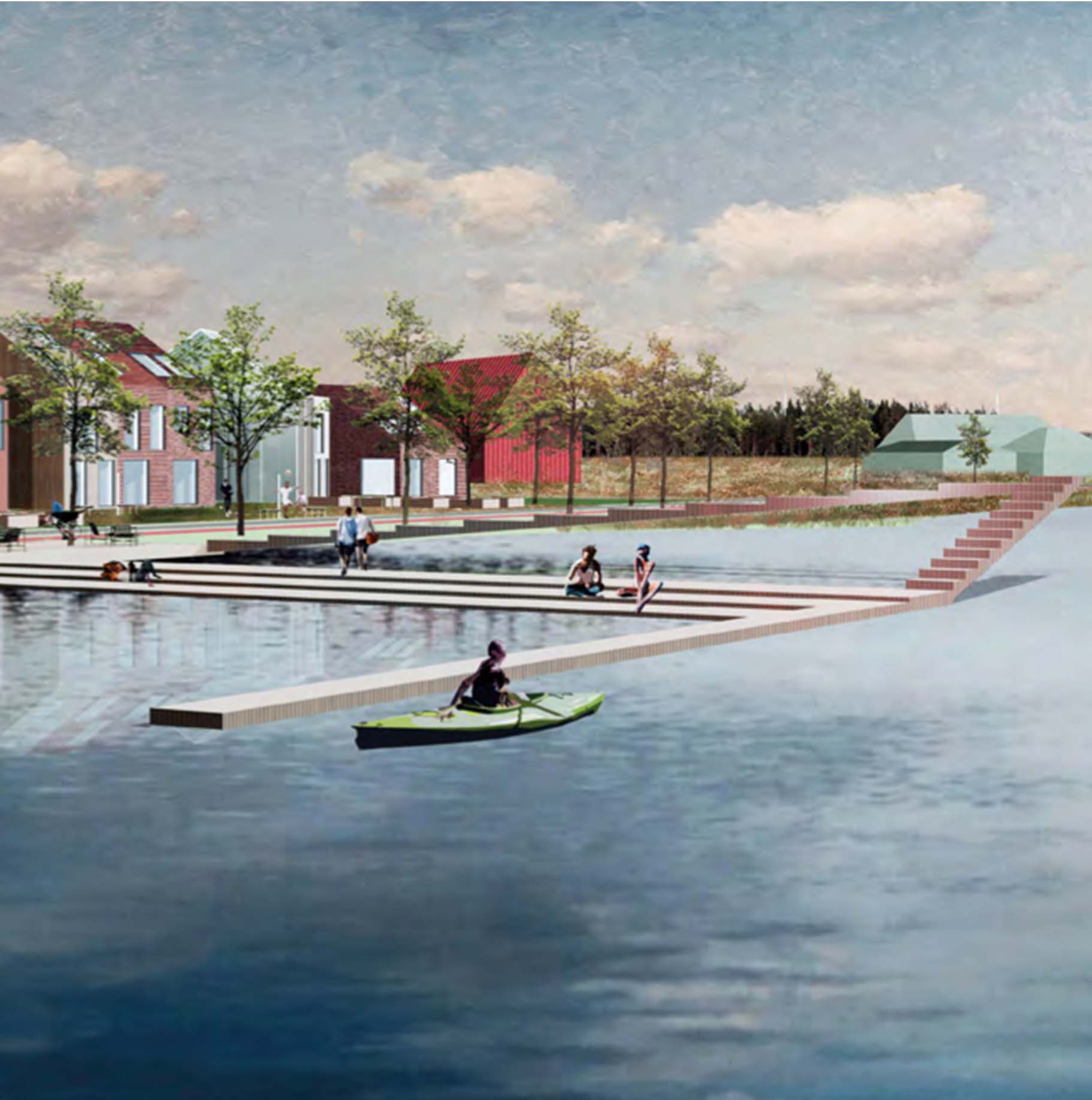